An Overview of Jay DeFeo’s Life and Art

Jay DeFeo was born in 1929 in Hanover, New Hampshire, and grew up in the San Francisco Bay Area. She received a bachelor’s degree in 1950 and a master’s degree in 1951, both in studio art, from the University of California, Berkeley. Upon graduation, she was awarded a fellowship and traveled from October 1951 to January 1953 in Europe and North Africa, ultimately settling in Florence for six months. There, DeFeo worked intensively on what became her first significant body of work, influenced by Abstract Expressionism, the geometry of Italian architecture, and her ongoing fascination with Asian, African, and prehistoric art. 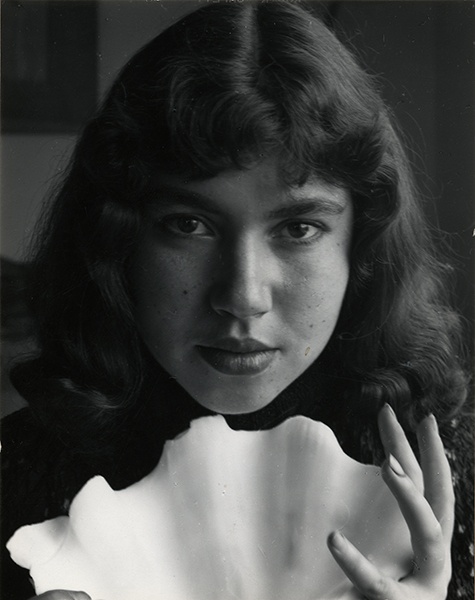 Returning to Northern California in 1953, DeFeo became a pivotal figure in the historic San Francisco community of artists, poets, and jazz musicians at the time. The art she began making in the mid-1950s incorporated the dualities of representation and abstraction, organic rhythms and geometric form, refinement and expressionism. DeFeo worked with unorthodox materials to explore the broadest definitions of sculpture, drawing, collage, and painting. 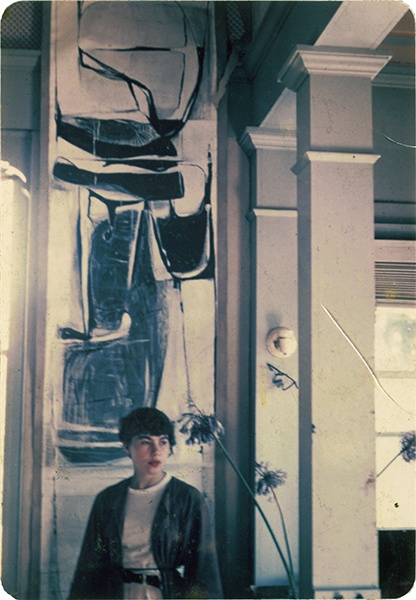 In 1959 DeFeo’s first major solo exhibition was held at the Dilexi Gallery in San Francisco, the same year that DeFeo’s art, along with that of Jasper Johns, Ellsworth Kelly, Robert Rauschenberg, Frank Stella, Louise Nevelson, and others, was included in Dorothy Miller’s momentous exhibition Sixteen Americans at the Museum of Modern Art in New York. Walter Hopps and Irving Blum at the Ferus Gallery in Los Angeles mounted her next solo exhibition in 1960. 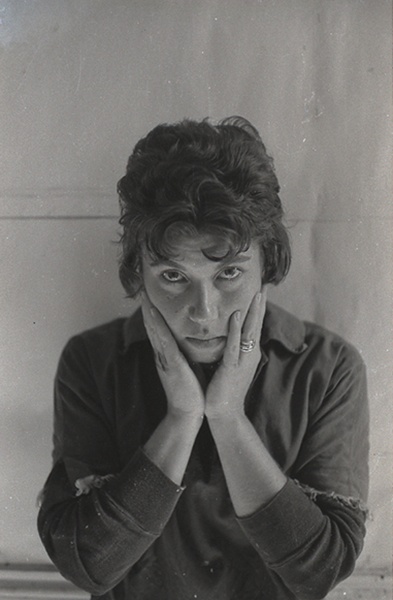 In 1958 DeFeo began work on “an idea that had a center to it” and almost eight years later, in 1966, completed The Rose, a monumental work created with so much oil paint that she called it “a marriage between painting and sculpture.” To concentrate completely on The Rose, DeFeo turned down offers of new gallery affiliations and solo exhibitions. The Rose was first exhibited in 1969 at the Pasadena Art Museum and traveled to the San Francisco Museum of Art later that year. Critics responded enthusiastically. The painting was then installed at the San Francisco Art Institute, awaiting a major conservation. 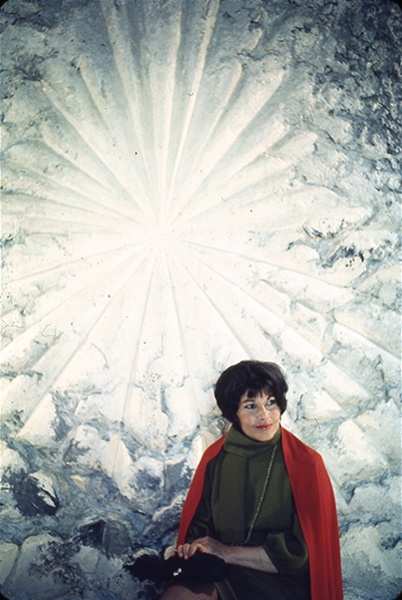 Jay DeFeo seated in front of The Rose 1969. Photograph by Rudy Bender.

DeFeo moved to Marin County, near San Francisco, in 1966 and took a break from making art until late 1969. Then, with renewed energy, DeFeo investigated new materials, invented applications, and became deeply involved with photography. Often her subjects were favored domestic oddities, which she transformed into images that, in her words, “transcend the definition of the objects from which they are derived.” A master draftsman and painter, DeFeo was also an ardent experimenter, allowing her to create an idiosyncratic cross-disciplinary oeuvre. Working in series to examine divergent possibilities, she at times referred to images from earlier periods, as well as works she imagined still to come. 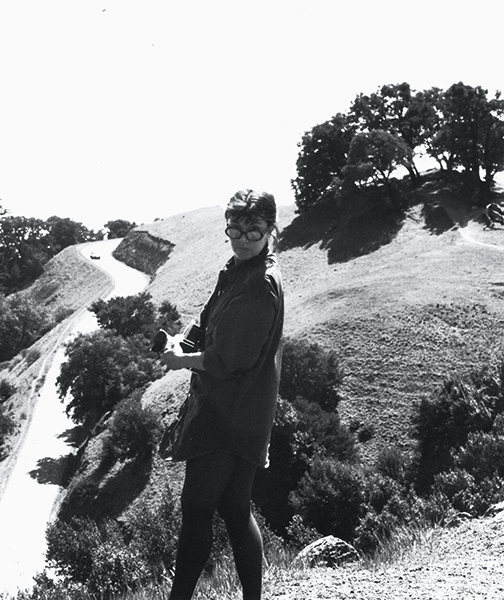 In 1981 DeFeo moved from Marin County to Oakland, after accepting a position teaching painting at Mills College, where she became a tenured professor five years later. She traveled frequently, often titling works and series after anticipated or remembered travels. 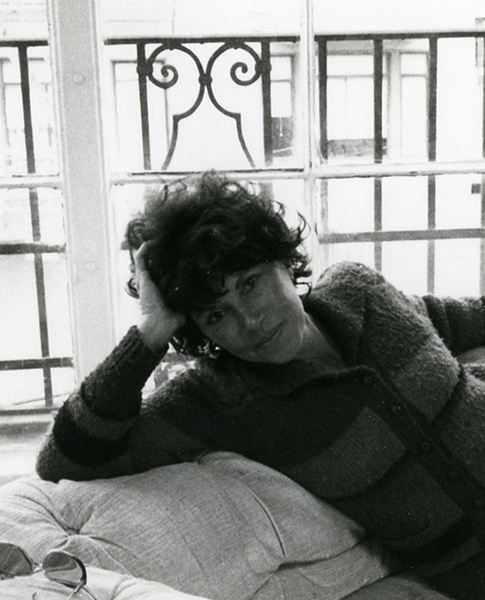 While continuing to mix and assemble materials in her works on paper, collages, photocopies, and photographs as well as in her paintings and drawings, in 1982 DeFeo returned to oil for the first time since completing The Rose, creating both large, glowing canvases and small, delicate paintings on paper, linen, and canvas, many reflecting the themes that inspired her in the 1950s. 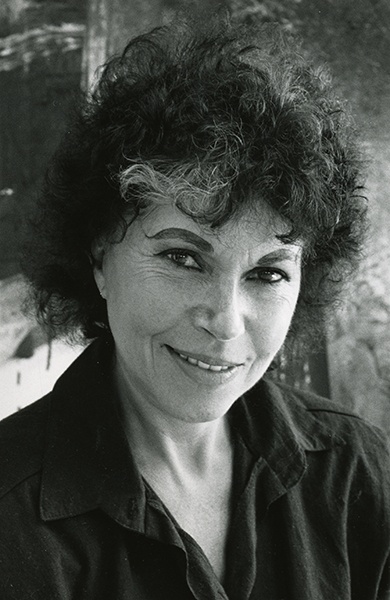 DeFeo was diagnosed with cancer in the spring of 1988 but continued to work prolifically until she was forced to vacate her Oakland studio in October 1989 because of damage from the Loma Prieta earthquake. She died on November 11, 1989, at the age of 60.

Since her death, DeFeo’s work has been featured in museum and gallery exhibitions internationally. After a major conservation effort in 1995, The Rose was acquired by the Whitney Museum of American Art and is now part of its permanent collection. In 2012, the Whitney Museum organized Jay DeFeo: A Retrospective, an exhibition that traveled to the San Francisco Museum of Art. The body of serious scholarship considering the significance of Jay DeFeo’s work in art history continues to grow. 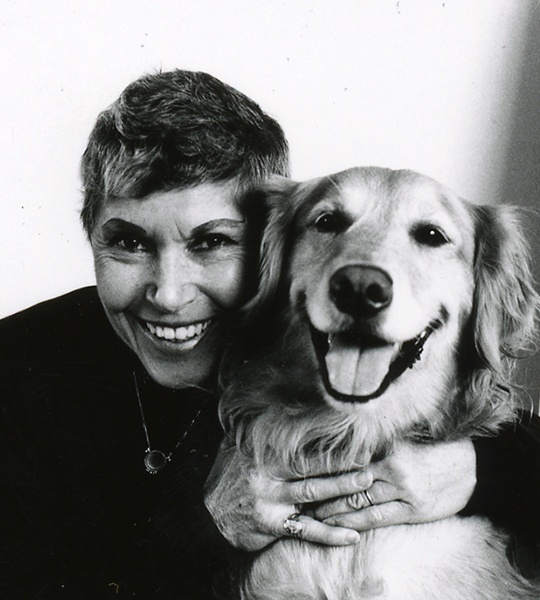 For a chronology of Jay DeFeo’s life and art, consult the catalogue, Jay DeFeo: A Retrospective.