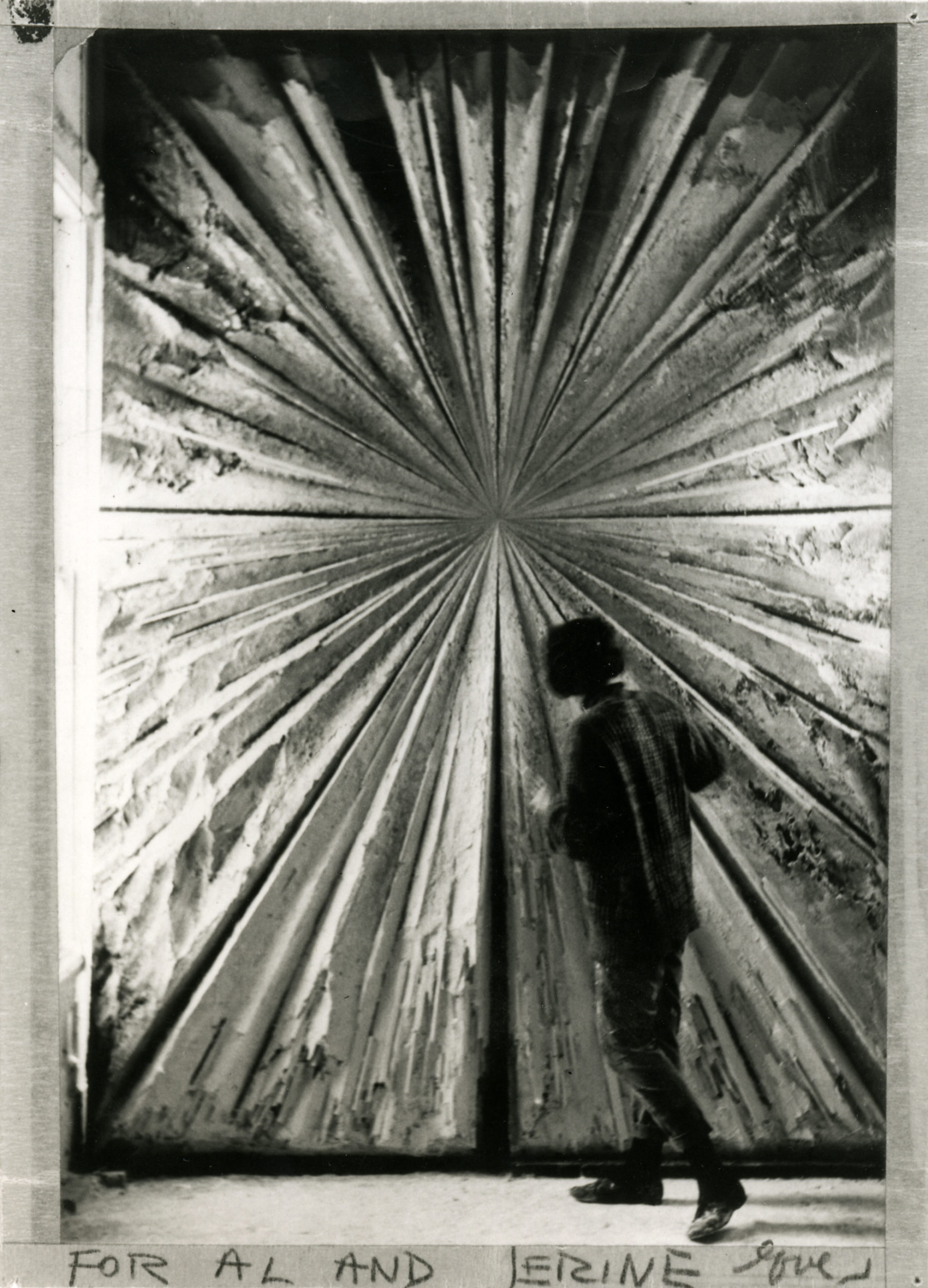 Jay DeFeo working on early version of The Rose (known then as The White Rose). Inscribed “For Al and Lerine love Jay.” at 2322 Fillmore Street, 1960-61

Some artists are identified with a single work. With Leonardo da Vinci it’s the Mona Lisa, with Grant Wood it’s “American Gothic.” Which brings us to Jay DeFeo (1929-1989) and her strange, huge sculptural painting, “The Rose” (1958-66).

DeFeo was one of those lucky kids whose talent and enthusiasm for art was noticed early on by a high-school teacher; in her case it was Lena Emery in San Jose, Calif. The mentoring led to museum visits in San Francisco and, eventually, a master’s degree from the University of California, Berkeley, followed by a grant for a trip to Europe and North Africa. In 1954 she married Wally Hedrick, one of the weirder of the many weird Bay Area artists, and set up shop in a large second-floor space on Fillmore Street in jazz- and beatnik-infused San Francisco. By 1958, DeFeo was ready to start a work that she seems to have known, in an inchoate way, would end up her masterpiece with a capital M.
Continue reading…